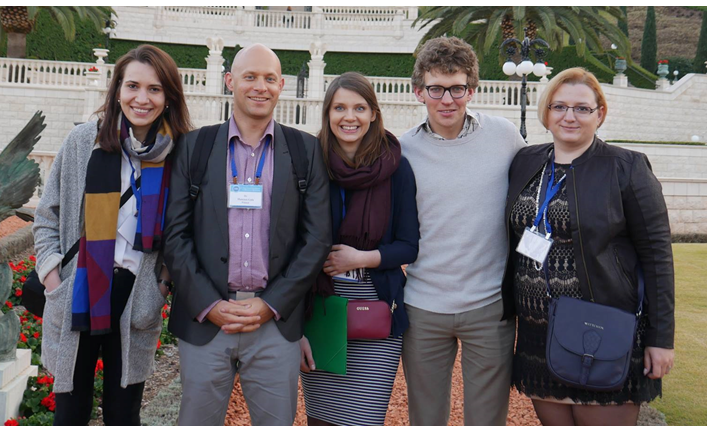 2.How impulsivity is related to problematic pornography use? Longitudinal study among participants  of 12-steps sexual addiction treatment program

Background and aims: Some research show relation between impulsivity and pornography use (Mainer et al.,2009; Mick & Hollander, 2006; Davis et al., 2002; Shapira et al., 2000). One aspect of impulsivity is the ability of delaying gratification and discounting. It remains unknown whether deferment of gratification is the cause or the result of frequent pornography use.

Conclusions: The ability of delaying gratification is rather not modified by the pornography use. Probably it is a constant feature that can determine the frequency of pornography use in the general population. Among the members of the 12-steps groups for sex addicts the ability of delaying gratification, paradoxically, is higher than in the general population and is not modified during 3 months of working on a 12-steps program. Moreover, discounting does not change with the time of abstinence. This result may suggest that individuals with low discounting may be more prone to benefit form 12-step program, than those with high discounting.

3.Brief Pornography Screener: A comparison of US and Polish pornography users

7 Department of Neuroscience, Child Study Center and the National Center on Addiction and Substance Abuse, Yale School of Medicine, USA

Background and aims: The current study evaluated the psychometric properties of a newly developed six-item questionnaire designed to identify behaviors, thoughts, and experiences associated with problematic use of pornography.

Results: In Study 1, findings supported dropping one item from the questionnaire; the five remaining items were subjected to an exploratory factor analysis which yielded a one-factor solution with an eigenvalue of 3.75 that accounted for 62.5% of the total variance. The BPS also demonstrated high internal reliability (α = 0.89). Next, we found that BPS scores were significantly and positively associated with craving for pornography, problematic use of pornography, and hypersexuality, but weakly related to impulsivity. In Study 2, findings were similar in that BPS scores were positively associated with a measure of hypersexuality but weakly associated with scores on measures assessing obsessive-compulsive symptoms and impulsivity. Results also indicated that the one-factor solution yielded an excellent fit: χ2/df  = 5.86, p = 0.00, RMSEA = 0.08, SRMR = 0.02, CFI = 0.99, and TLI = 0.97. In Study 3, we assessed the classification quality of BPS using an a priori selected group of patients against a control group. The ROC analysis indicated that the AUC value was 0.863 (SE = 0.024; p < 0.001; 95% CI: 81.5−91.1).

Conclusions: The BPS demonstrated promising psychometric properties across both US and Polish samples and could be used by clinicians in mental health settings to identify individuals with possible problematic use of pornography.

4.Treatment seeking for problematic pornography use among women

Methods: A survey study was conducted on 719 Caucasian females 14 to 63 years old, including 39 treatment-seekers for problematic PU (referred by psychotherapists after their initial visit)

Results: Treatment-seeking among females is related to negative symptoms associated with PU, but also to the mere amount of PU. This stands in opposition to previously published analyses on males. Additionally, in the case of females, religiosity is a strong, significant predictor of treatment seeking.

Discussion: Differently from previous studies that focused on male samples, our analysis showed that in case of women mere amount of PU may be related with treatment-seeking behavior even after accounting for negative symptoms associated with PU. Moreover, religiousness is a significant predictor of treatment seeking among women, what may indicate that in case of women, treatment seeking for problematic PU is motivated not only by experienced negative symptoms of PU, but also personal beliefs about PU and social norms. Those factors should be taken into account in treatment.

Background and aims: We wanted to assess similarities and diversity among males seeking treatment for compulsive sexual behaviors and verify a correspondence of perceived reasons of pornography use with real-life data.